During the 1982 Cannes Film Festival, director Wim Wenders set up a 16mm camera and tape recorder in a room at the Hotel Martinez, then invited a lineup of world-class filmmakers to sit next to a television and answer the question “Is cinema a language about to get lost, an art about to die?”

Their responses were collected into the documentary Room 666, and of all the respondents — which include Werner Herzog (pictured above, turning off the television), Jean-Luc Godard, and Steven Spielberg — only Michelangelo Antonioni foresaw a future in which cinema would not be lost or die, but, because of innovations in technology, transform into something else entirely. “Current structures will disappear,” he predicts.

35 years later, much about the way we watch films and TV has changed, while Netflix CEO Reed Hastings claims that the only innovation in the theatrical experience has been the popcorn, a statement that illustrates the company’s hostility towards the current structure of theatrical distribution. But with the recent news that Netflix is now in the process of purchasing the historic Grauman’s Egyptian movie theater in Los Angeles — ostensibly to host events and qualify its own films for Oscar nomination — the conversation has become far more complicated this time around.

Netflix’s Egyptian announcement comes in the wake of harsh criticism by none other than Steven Spielberg, who disagrees with the Motion Picture Academy’s implementation of “Rule 2”, which says a film is eligible to be considered for an Oscar provided it receives a seven-day run in a Los Angeles theater. This leaves the door open for Netflix to submit their films for Oscar consideration, despite the company’s limited commitment to theatrical releases. “Once you commit to a television format, you’re a TV movie,” Spielberg says, presumably regarding all streaming platforms, in an interview with ITV News. “You certainly, if it’s a good show, deserve an Emmy, but not an Oscar.”

Spielberg’s claims are attractive, especially among those (including this author) who fetishize the theatrical experience. It sounds almost altruistic for someone of his relative importance to come to the rescue of Cinema, but the reality is not that simple: Spielberg and his films represent a very small — albeit profitable — facet of the film industry.

Flip the narrative and you comprehend much of the vocal backlash against Spielberg. As many have rightfully pointed out, many films that would get lost on the theatrical circuit will find their audiences on streaming platforms. There is a legitimate fear that these films — independents, mostly — would be the hardest hit by such strict rulings.

We love cinema. Here are some things we also love:

-Access for people who can’t always afford, or live in towns without, theaters
-Letting everyone, everywhere enjoy releases at the same time
-Giving filmmakers more ways to share art

These things are not mutually exclusive.

The fight over a film’s right to be released theatrically lies at the heart of yet another aspect of the Netflix debacle that’s primed to return next month.

In 2018, Cannes barred Netflix films from competing for the festival’s top prize, the Palme d’Or. As Vox’s Alissa Wilkinson points out, both companies may be in the wrong, but “Netflix is, well, wronger.”

Wilkinson also points out that Netflix and Cannes’ battle is likely about the French film industry’s strict distribution guidelines as much as it’s about the streaming company’s reluctance to release theatrically.

In short, France has an outdated system that is actually enshrined in the country’s laws, requiring that all films accept a 36-month theatrical window before appearing on SVOD platforms. Three years was always an incredibly long time to wait, and its reasoning is tailored to a film industry that releases far less content than our current one.

In an interview with Deadline, Wild Bunch’s Vincent Maraval declared Netflix a “scapegoat,” and blames the French system in equal measure, stating, “the lobbies of the old French families […] control our economy [and] are paralyzing all evolution of the new entrants.”

France’s system may be frustrating and archaic, but their insistence on safeguarding the theatrical experience is admirable. This protection is simply not feasible in Capitalist Hollywood, where instead of fulfilling any cultural mandate, the power lies with the consumer.

But how powerful is the consumer if our options are severely limited, especially in a theatrical sense? Netflix’s interest in owning its own theaters should be a cause for concern. If the media giant owns its content outright, as well as all levels of distribution, this potentially eliminates further revenue streams for the filmmaker: Netflix decides what to produce and where to screen it, if they screen it publicly at all.

Does the theatrical experience need a savior?

If we want to hold onto this structure, then the answer is “yes” — but it’s not going to be Spielberg or Netflix, and expecting distributors to do the right thing is naïve, too. What’s important is that the audience takes notice of these changes and innovations and puts its money where its mouth is. It Follows, Mandy, and Sorry To Bother You are three recent examples of films whose limited theatrical run expectations were exceeded and extended due to audience demand. [Ed. note: Sorry to Bother You used Endcrawl, which publishes this site.]

Theatrical distribution isn’t the only issue at hand, but it’s a part of the industry that’s directly impacted by audience participation. And while the studios are fast at work churning out remakes, reboots, and even remake-reboots, a healthy number of films in and outside of this system offer different stories, different voices, and different perspectives. Seek out these kinds of movies wherever they may be found, and not just the titles conveniently featured on streaming platforms, but also on VOD, on Blu-ray or DVD, and of course, at your local movie theater. 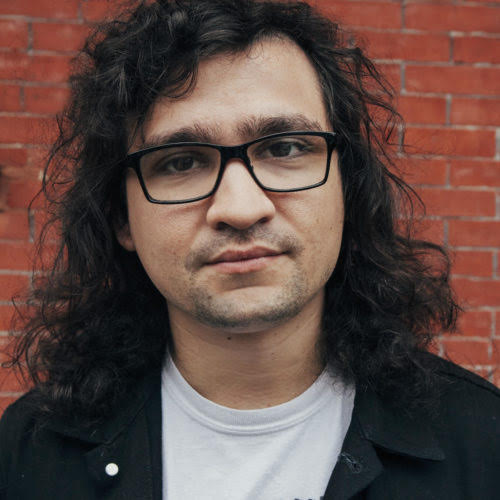 The Rules of the Game: Film Festivals and Film Sales