Nellie Killian is one of today’s most inspired film curators. In addition to cofounding the Migrating Forms Film Festival, she’s worked with an array of A-List festivals, institutions, and venues, including BAM, Anthology Film Archives, Metrograph, the Museum of the Moving Image, the Quad Cinema, and the Criterion Channel.

Nellie has a passion for popular and obscure cinema alike, inventively presenting rigorous work in accessible contexts, and vice versa. How many curators can say they’ve programmed a Chantal Akerman series and a Police Squad marathon? She’s always impressed me with her holistic view of film history and encyclopedic pockets of specialization, and she’s one of the people I look to for leads on new filmmaking voices and hidden gems in a TIFF, Sundance, or SXSW lineup.

Since we’ve moved on from the institutions we were closely linked with for many years — she from BAM, myself from Maryland Film Fest — I’ve come to consider Nellie a trusted colleague and my touchstone for where things are in film culture, where they should be headed, and how we can get there. 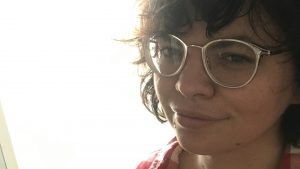 Walk us through your early involvement in curation.

Shortly after I graduated from college, I found two part-time jobs in film, as an educator at the Museum of the Moving Image and as a marketing assistant at BAM. Those jobs allowed me to see movies for free at every art house in New York City, so I started going to the movies nearly every night. Back then, programming seemed like a dream job.

At the same time, two of my friends were working at the New York Underground Film Festival, and they got me involved with programming right off the bat. They knew I liked trolling the Internet for weird videos, and figured this was no different than going through a pile of screeners.

After a couple of months of that, I ended up running NYUFF with them. We were lucky enough to be handed the keys to a festival that ran a small profit, allowing us to pay ourselves something. Eventually Kevin McGarry and I started Migrating Forms as a continuation of NYUFF, but also as a new direction. This gave me a platform to do the type of programming I was interested in, and every opportunity that came afterwards was because of the work I did there.

Having curated for a variety of festivals in different markets, what can you tell us about finding the balance between expressing your taste and pleasing other entities, be they distributors, employers, or audience expectations?

I don’t really think of programming as expressing my taste. You enter into it with certain interests or bodies of knowledge, but ultimately you have to figure out what will broaden your audience, as well as broadening your audience’s interests.

It works the other way, too — the audience should broaden the curator’s horizons. You try to figure out what’s missing in your local film scene, partner with people who have different perspectives, and see what works. If you have an open mind about that process, you might find yourself interested in things you previously thought weren’t your cup of tea.

Are there some films you’ve programmed that you didn’t think the audience would be ready for that they actually ended up enthusiastically embracing?

Chris Marker’s Level Five was a huge hit at BAM. I put it in limited showtimes for a week-long run and filled out the rest of the schedule with a Marker retrospective. I thought it would do fine, but it was a sensation. We were selling out every screening in a 272-seat theater. Obviously the bigger Marker titles did well, but even the shorts programs were standing-room only.

The Marker series, the Cassavetes retrospective, and One Way Or Another: Black Women Filmmakers Before 1990, were all really well-attended by filmmakers. At a venue that screens new work as well as repertory, it feels great to close that loop — like when someone premieres their film at BAMcinemaFest and says “I was watching Buñuel movies here while I wrote this script,” or “I saw Gena Rowlands speaking in this very room when I was starting out as an actress.”

Of the special series that you’ve programmed, what are some of your favorites?

My sentimental favorites have more to do with what was going on in my life at the time than the series themselves. I was absolutely devastated by Chantal Akerman’s No Home Movie when I saw it at TIFF, a feeling that only deepened when she died a few weeks later.

We did a full retrospective of her work along with the run of No Home Movie at BAM a few months after that. As I was working on that series, my father became ill. By the time it started in April, I was living in San Francisco part-time, helping take care of him. It made my visceral reaction to No Home Movie seem like a premonition. I took it as a sign that I was doing the right thing at a chaotic moment in my life.

What was the origin of your Metrograph series Tell Me: Women Filmmakers, Women’s Stories?

In the wake of the sexual harassment and violence allegations in the film industry in 2017, I kept hearing people say that we had to listen to women. The phrase was specifically being used to talk about trauma, but it seemed broader to me: women aren’t listened to, period. Saying your office is now a safe space for women to talk about harassment is ludicrous when women still aren’t even listened to in office meetings.

It also made listening to women sound like a chore, or penance. I saw a lot of documentaries over the years by women and about women, and was toying with the idea of building a series around it. I kept thinking it needed a sharper point, but with all of this in the air, the time seemed right.

A few of the films talk about trauma, but I was also interested in the pleasure of hearing women talk — about work, kids, friends, lovers. They tell jokes and stories, they talk shit. There are also stories that fit into this wave of reporting about sexual misconduct. It isn’t new that women are talking about this sort of thing, but a lot of the movies on this subject are marginalized, denying contemporary women a sense of shared history and solidarity that should be available to them.

What are some of the movies from Tell Me that got the best responses—whether in attendance or in high points of enthusiasm?

Chick Strand’s Soft Fiction was the film that sparked the idea for this series, and it was great to see it sell out and have so many people writing about it. It’s tricky because the series was composed of so many short films, and it’s harder to get people through the door for shorts. I wish people would seek out Betty Tells Her Story; Suzanne, Suzanne; and Clotheslines. The Criterion Channel is going to do a version of this series in the coming months, and hopefully they will be available then.

In repertory programming, how much do you feel filmgoers need to know their film history to appreciate the present?

If you only watch contemporary movies, your frame of reference is limited. It’s like a fish not knowing it’s wet. I don’t think a person needs to prove some level of mastery of film history to have a valid perspective, but if a person is basically incurious, I wouldn’t be that interested in what they have to say about the sliver of contemporary culture they do appreciate.

For more information, visit nelliekillian.com, and smash that follow button for some of Film Twitter’s choicest wit, wisdom, taste, tips, and dog pics. 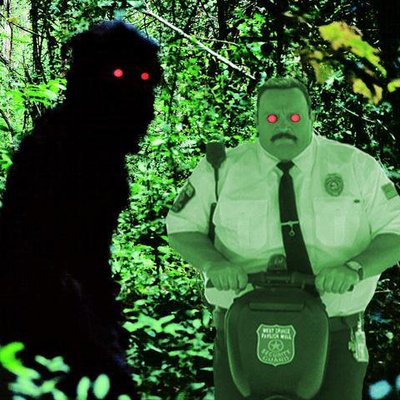 
Eric Allen Hatch is a film programmer, film critic, and filmmaker consultant based in Baltimore, MD. He authored the much-discussed Filmmaker article "Why I Am Hopeful”; he can also be found photoshopping Paul Blart into transgressive art-house films on Twitter/IG and at ericallenhatch.com.