I came of age in the 1980s when mainstream film criticism had been reduced to advertising-friendly blurbs, pithy sound bites and thumbs-up or -down value judgments.

The critic’s job during the Reagan era was to determine whether the week’s new theatrical releases were worthy of one’s time and hard-earned dough. As a precocious film buff with strong opinions, this simplistic, purely egocentric type of “reviewing” proved irresistible. By the age of eight, I’d adopted the buzzy lingo of Gene Siskel, Roger Ebert, Gene Shalit and Joel Siegel — TV personalities as much as writers — to convey my pre-adolescent assessments of the narrow cultural spectrum between Tootsie and Halloween III.

As I got older and more adventurous in my film viewing, I lost interest in the notion of criticism as a consumer report. It wasn’t enough to know that David Lynch’s Blue Velvet is “a one-of-a-kind stunner”; I wanted to dig deep into its overt symbolism and dark themes — the elements that resisted clear-cut explanation. I sought out writers who could explain the craft of Brian De Palma’s The Untouchables. And when Spike Lee’s Do the Right Thing dynamited my world in 1989, I had to read every piece of criticism that struggled with a film that — to a white kid from Ohio — took place in a very foreign land.

This lead me to Pauline Kael, Danny Peary, Jonathan Rosenbaum, Armond White and so many other brilliant/challenging/infuriating critics. (They’re not online, but you should seek out Kael’s reviews of Casualties of War, Last Tango in Paris, and Nashville.) In the early 1990s, I discovered the rec.arts.movies newsgroup on Usenet and spent hours chopping it up with other cinephiles. When I grew tired of working dead-end jobs in New York City in the late ’90s, I enthusiastically backed my way into the profession — first via Ain’t It Cool News, and later on sites like CHUD, DVD Journal and Collider (which I co-founded). 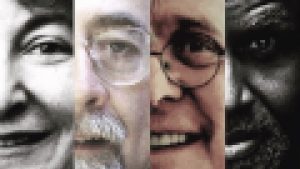 Film courses at Ohio University gave me a foundation in formalist theory and a basic, hands-on knowledge of technique — and while I don’t believe you need to go to film school to be a good critic, you must immerse yourself in these studies if you want your work as a critic to be at all worth reading. (On that note, I also took literature, history and political science courses at OU. The broader your frame of reference, the more you have to offer intellectually in your writing.)

There’s value in analyzing films from a non-technical, socio-political perspective, but being able to identify thoughtful shot composition will allow you to distinguish authorial intent from run-of-the-mill hackery. And once you comprehend how much information — narratively and thematically — can be conveyed within a single shot, you’ll understand why The Turin Horse was such a hit with critics.

The trick is to convey your enthusiasm about a film in a manner that’s informed, but not too scholarly. Rosenbaum excelled at this, and while it might not always show in my writing, I try to apply his degree of intellectual rigor to every film I see. (Here’s a great Rosenbaum piece on A.I. Artificial Intelligence).

This is how you separate the skilled B-movie craftsmen (e.g. Richard Fleischer and Budd Boetticher) from the point-and-shooters. It allows you to succinctly explain why James Cameron’s The Terminator has much more going for it than the typical 1980s multiplex fodder, and spares you the ignominy of declaring John Carpenter’s The Thing “the quintessential moron movie of the ’80s”.

You will still, at times, find yourself out of step with readers, when they wonder what brilliant film you were watching instead of the dreck they just shelled out $10 (or $15, or $20) to see based on your recommendation, but at least you’ll have made a compelling argument based on a thorough understanding of the medium.

That’s what the critics who inspired me did throughout their careers, and it’s what I endeavor to do every time I set foot in a darkened theater. 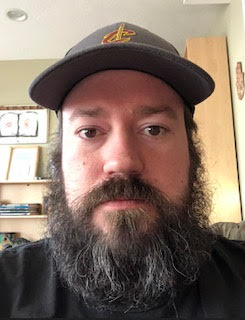 
Jeremy Smith is a freelance film journalist. He is the author of George Clooney: Anatomy of an Actor and the forthcoming When It Was Cool.

The Tragedy of Images

The Rules of the Game: Film Festivals and Film Sales

A series about film criticism: Jeremy Smith (Birth Movies Death) on finding the...