First, build yourself a time machine

Like Jeremy Smith, I happened to be among the first handful of people who started writing movie reviews online, back in the mid-1990s. It’s easy to get noticed when you have virtually no competition. Entertainment Weekly praised my barely-designed personal website in the first mainstream article ever written about Internet film critics (January 1997), and they subsequently commissioned me to write capsule reviews of home-video releases.

That gig led to others, so reliably that to this day I’ve never actually pitched a publication. In a sense, I won the film-critic equivalent of the national lottery and thus have no practical advice for the aspirational. Winning the lottery entailed spending nearly two years writing my own tickets — that is, writing about movies without being paid — not with any career goal in mind, but simply because I loved movies and needed some outlet for my thoughts about them.

How to not be authoritative

Originally, my writing was intended strictly for friends, to whom I’d been emailing brief responses to the movies I saw. Putting these reviews on a website saved me a little time, and the idea that others might read them barely occurred to me (partly because comparatively fewer people had Internet access in the 90s). Most of the time, my goal was to persuade myself, more than any hypothetical reader.

When I went out to the movies with my then-girlfriend, she’d ask me what I thought as we left the theater, and was always surprised when I hemmed and hawed and equivocated or even outright shrugged. “You always sound so authoritative when you write it down,” she would say, and only much later did I recognize that it’s the very act of writing something down — forcing you to articulate inchoate ideas — that instills a semblance of authority. A lot of the time I truly don’t know what to think, and writing a review is my way of figuring things out.

Maintaining a sense of discovery isn’t always easy in the Page View Age — editors tend to prefer forceful takes with clickable headlines — but I still think of a review primarily as an exploration, and tend to write them as slightly more polished versions of the arguments I’d have with myself on my website.

This approach proved useful during the years I penned Esquire’s film column. Because monthly magazines have such a long lead time (a June issue is often in the works by March), I was sometimes assigned to write about movies that weren’t finished yet.

It’s hard to be authoritative in that context, so I’d think up an alternate angle involving its genre or director, or maybe one of its stars. That turned out to be excellent practice for ordinary criticism, limbering up analytic muscles that I might’ve otherwise let atrophy.

So determined was I to maintain my independent sensibility that when I landed my first full-time staff position as chief film critic for Time Out New York, I actually spent a few months writing two separate reviews of each movie I saw: one for the magazine, and a less formal version for my personal site.

Eventually, I created a blog for writing about older films, plus the occasional new release that I wasn’t assigned to review but wanted to see anyway.

How to not make money

That extracurricular activity subsequently shifted to Letterboxd, a social-media/review site which is basically a beautifully-designed clearinghouse for unpaid labor. I don’t mean that as a knock — it’s an easy way to check in with friends and colleagues about movies old and new, and in my case the entirely voluntary work is something I’d be doing anyway. Without making any particular effort to do so, I accumulated over 12,000 followers.

But then my main freelance gig had its film budget slashed after being purchased by a corporate behemoth, and I had to take another job (which ended up being poker; I have no other marketable skills) to make up the difference, leaving me little to no spare time to write for fun.

My Letterboxd reviews dried up, and after a while I decided to find out if people missed them enough to pay a pittance — maybe only a dollar a month — for their return. I set up a Patreon account and was gobsmacked by the response: more than 400 people are subscribed, many of them at $5, $10, and even $25 per month. (Higher tiers allow people to suggest films for me to watch and review.)

How to not build an audience

There’s no chance that I could have persuaded that many folks to financially support my non-professional writing had I not spent years building an audience, even though building an audience was never my express intention — writing about movies was always a helpful and immensely gratifying by-product of my love for movies combined with a compulsive need to write things down.

I realize that the trajectory described above skews dangerously close to the old “Do what you love; the money will follow” saw, which I’d never inflict on anyone. The truth is that I have done what I love, and the money has followed. Not a lot of money — if that’s your desire, do almost anything else — but if not writing feels like not breathing, then write. Somewhere, anywhere. If you’re good at it, people will find you. 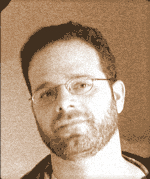 
Mike D’Angelo was among the first handful of people to begin writing regular movie reviews on the Internet, way back in 1995. His work has appeared in Entertainment Weekly, Time Out New York, Esquire, The Village Voice, L.A. Weekly, the Nashville Scene, and Variety. He is a member of the New York Film Critics Circle and contributes regular film reviews and essays to the A.V. Club. You can find him on Twitter at @gemko.

A Most Violent Turn

First, build yourself a time machine.