Our ideal candidate is neither goal-oriented nor a team player. And social skills are optional.

Endcrawl is not hiring right now, but from time to time I’ve had to wade through 500 same-same cover letters. So I set out to preemptively describe our Ideal Candidate.

1. Must Display a Strong Aversion to Multitasking

Ideal Candidate knows that people can’t actually do two things at the same time. Instead of dissipating all of her energy into this feel-good fiction, Candidate will instead:

Candidates who have never written a hyper-granular “business plan” are strongly preferred. Ideal Candidate should distrust purist visions and premature optimization. He prefers launching and testing an idea over High-Modernist authoritarian modes.

Candidate is comfortable saying things like “I don’t know that,” when he doesn’t know that.

Ideal Candidate realizes that human ingenuity is often the result of bricolage, curiosity, and generally just sort of messing around.

3. Must abhor working in a “Fast-Paced, High-Pressure Environment”

We appreciate the romantic appeal of a guerilla ethos, but like Eisner once said: in an operation, you need to operate. If you thrive on perpetual crisis mode, we would be delighted to refer you to one of our fast-paced, busy competitors.

4. Should not be a Team Player

Ideal Candidate will not always meekly do what he is told. Nor will Candidate be in the habit of trading mutual political cover for mediocre work. He must be a rank amateur at go-along/get-along Potemkinism.

Instead, Ideal Candidate will possesses the courage of his convictions, think from first principles, and be prepared to defend his own ideas. Even if that includes the occasional swear.

At the same time, Candidate will understand how to argue to understand instead of arguing to win. Someone once called this Strong Opinions, Weakly Held. We’re into that.

5. Must Not List TeamViewer or Microsoft Office as Job Skills

Please just don’t do this.

6. Must recoil in horror from “adapting to a constantly changing environment with potentially conflicting priorities.”

We didn’t write these words, but that one’s from a real posting. Our ideal candidate, upon seeing this phrase deployed with a straight face, would run headlong in the opposite direction.

We’re running a modern technology business, not a high school in-clique. That means we do not tip the scales for Extroverted Socialites any more than we are biased toward Handsome Thirty-something Men. 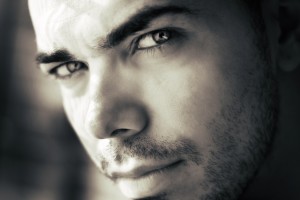 I can haz promotion?

An inclusive culture embraces neurodiversity right along with diversity in race, gender, or sexual orientation.  Candidate is free to be an introvert, suffer from social anxiety, and also succeed here.

8. Should not apply to this job posting.

We humbly suggest that Ideal Candidate distrust any job posting that

NOTE: As noted above, Endcrawl is not actually hiring right now. But next time we are, please hold us to this.

174 SharesShare47Tweet116Share9Buffer2PocketEndcrawl is not hiring right now, but...