Three months after the Supreme Court banned segregation in public schools, jazz trumpeter Louis Armstrong and new wife, Lucille, graced the cover of the August 1954 issue of Ebony, under a headline doubling as the title for Armstrong’s op-ed, “Why I Like Dark Women”.

The title sticks to Margo Jefferson like aged honey. In her memoir Negroland, the tenured New York Times critic remembers Lucille as “chipper and chubby and dark of hue, sure of her dimples, sure of herself.” She recalls her own immediate thoughts: “I found the title embarrassing then; it wasn’t the proclaimed taste of the world I knew…”

At the time, a seven-year-old Jefferson could hardly imagine dark folks in love. She could not formulate a normalcy that included dark faces smiling boldly and lovingly into each others eyes. Even with her proximity to Blackness, the conditioning of a racist, classist country internalized anti-Blackness when it came to love.

Jefferson connects these two events — integration and public display of dark affection — revealing the dearth of imagination both on her own part and that of the society around her that ended up betraying the goal of integration. White and well-to-do Black folks such as those in Jefferson’s orbit would sneer at the prospect of a love of very dark skin.

The same racial triteness compelled photographer Gillian Laub to snap the students of Montgomery High School in 2009, where a segregated prom tradition continued in the still-ebbing wake of Jim Crow.

Laub’s return to Georgia and a now-integrated prom at Montgomery High School six years later is the subject of the 2015 documentary Southern Rites, in which pageantry is sacrificed for the complex matters of race, blood, and banal conceptions of love.

Laub’s presence in Montgomery creates much consternation amongst the locals, a result of the disruption caused by her 2009 photo essay. Her presentation of Black love harkens back to the imperial, anthropological origins of film. It is a stark contrast to other films — namely Moonlight, Mudbound, and The Inevitable Defeat of Mister and Pete — that hit the Adult Contemporary Register.

[Ed. Note: Southern Rites, Moonlight, Mudbound, and The Inevitable Defeat of Mister and Pete used Endcrawl, which publishes this site.]

CAN we show Black love?

The artist decides if Black love will taste like blood or sweet tea, but the artist is also a channel for the arrhythmic notes of the society in which they’re bred, a communicator of their own conditioning; and the American condition is anti-Blackness.

Laub’s 2015 film begins as a sign of progress for integrated love, and it ends that way. Numerous portraits of prom-going interracial couples blast across the film’s final moments. Brace-faced smiles atop pearls draped across lithe necks. White women in olive-green evening gowns clutching the hands of their black dates, awaiting the apotheosis of their young lives. Look here and see: dark women huddled together, the blast of cellphone flash reflecting in effulgent eyes, teeth, and glossy skin.

Images of fleeting joy in the wake of a murderous White supremacy that took the life of one of their own — a young man named Justin Patterson. Prom night is the promise of futurity in the face of all the things that seek to wring love from the bones of black victims.

Early in the film, Laub talks to high school senior Keyke Burns, who calls Patterson her “first love”. Burns’s classmate Jay Sneed was Patterson’s best friend, and when he speaks of him, emotion wells deep in his face. What happened to Patterson haunts the interviewees; they speak of his death as a passing when in actuality it was theft — a murder.

Laub interviews Norman Neesmith, the man who shot Patterson in the back with a .22 pistol after the teenager was invited into his home by his adopted black daughter, Danielle. Before the film reveals that he’s killed what he himself described in the 911 call as “just a black boy”, Neesmith uses a tree to describe the racism in Montgomery County. “We needa get to the root of the problem”, he snorts, sitting on his porch.

What the root is, we do not ever really find out. It’s one of Laub’s missed opportunities to interrogate Whiteness outside of the purview of “progressive” politics. If showing Black love is a possibility — and Neesmith believes he is showing love to his daughter in this moment — it begs an interrogation.

Can WE show Black love?

Laub’s eye and Neesmith’s reasoning present the question of who exactly can show Black love.

In 2017, Barry Jenkins’ Moonlight gave audiences Black love in deft realism: The story of how a young, dark boy named Chiron (played by Alex Hibbert as a child and Ashton Sanders as a teen) is told of his queerness, how he shutters himself in quietude, and learns his body is allowed to experience pleasure, stands as one of the clearest examples of Black love’s multifaceted qualities.

Chiron’s mother (Naomie Harris) is a struggling addict whose disdain for Chiron is felt before it is ever seen. Her love is born of poverty, loneliness, and apathy, and it’s implied that Chiron is the symbol of her degradation.

Neesmith had little choice in adopting Danielle. His niece, Danielle’s mother, left her at his doorstep early one morning, and the two have been intertwined ever since. But the decision to take a child in and the decision to love that child are two completely different choices.

Regardless of whether Neesmith loves Danielle, loving one person doesn’t guarantee a love for Black people. Laub delineates the two, juxtaposing conversations about Danielle and the populace at large against one another. Danielle might be the only Black person Neesmith regularly comes in contact with.

Can we SHOW Black love?

The separation between Moonlight and Southern Rites is found not only in genre but in the movements of its storytellers. Jenkins’s purpose bleeds into careful cinematography, the lighting, the camera as it closes in on the faces of its characters over the course of this story.

Can we show BLACK love?

The portrayals seem out of time. Showing Black love means seeing into a terrifying future for believers in the religion of Whiteness. Mudbound, the masterful film by Dee Rees, complicates the idea of depicting Black love by subverting our notions of who is able to show it: Two families, one white, one black, living in rural Mississippi just after WWI, wherein the traumas of poverty wrap up their destinies with one another.

A friendship develops when the two families’ eldest sons (Garrett Hedlund and Jason Mitchell) return from war, the realities of battle having linked them together. Mudbound fudges historicities by conjoining the plight of racial opposites, and unlike other films that attempt to do this (I’m looking at you Green Book), Rees doesn’t let a racist white family off the hook. She reveals that the distribution of resources is the root of racial order. For Rees, the most meaningful way to show Black love is to show community, through shared experience and accountability.

Can we show Black LOVE?

The Inevitable Defeat of Mister and Pete thinks about love in absence. When their mothers are taken from them at an early age, two young boys — Mister (Skylar Brooks) and Pete (Ethan Dizon) — are forced to grow up alone. Their mothers are prostitutes, forced into a position of “loving” men who “own” them for a night. The boys come together to survive beatings, run-ins with police, and starvation, all while learning to live through one another’s pain.

These ills come to a head when a malnourished Mister — just another black boy — is chased by the police after being accused of theft by a bully. Mister is apprehended and disappears.

Pete, on the other hand, is later seen documenting the story of their friendship. The film’s ending implies that the story will live forever in the film’s narrative. Is this love. Is it a comeuppance? It’s hard to tell. But we do know care was involved. A care that was sympathetic. A care that Norman Neesmith can never show.

When I think of Black love, I often return to James Baldwin. Not the simplicity of Beale Street but the brutal, thrilling, and atmospheric passages of his 1962 novel Another Country, wherein a poor, embattled musician named Rufus struggles to build community in 1950’s Harlem.

I think of blood in Rufus’ mouth when he gets beaten at a bar after an argument with a white woman, of Vivaldi — a white man and Rufus’ only friend — carrying him home, because Rufus couldn’t go to the hospital for fear of retaliation.

I think of Vivaldi in a relationship with that very woman signaling the underlying hate he has for Rufus. It is upon this hinge of love and internalized hate that the complexity of Black love pivots. Chiron’s mother loved him and hated him the same. The families in Mudbound grew such a disdain for one another despite the fact that they would forever be close.

In this country, the question of Black love is explicitly articulated through mass media — whether one can actually see it or not — in the written word, on the cover of Ebony, on screens large and small. The charge then for the film industry isn’t for “more diversity”, because diversity was and always has been the reality of our time. What matters now is a meaningful reflection, one that captures the verve, ebullience, and singular journey towards love for Black and Brown people. Appreciation for that struggle doesn’t just happen. It’s won, taught, and fought for — and if the industry is willing to listen, the screen can be the best teacher. 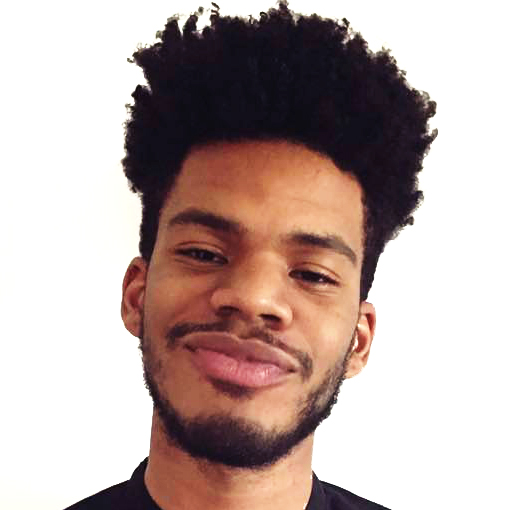 
Tirhakah Love is critic from Houston, Texas writing cultural insights on how class, race, and gender manifest in contemporary art, literature, and film. His work has been featured in Rolling Stone, The Guardian, MTV News, and the LA Times. He's @tirhakahlove on Twitter.

Love comes in all colors — but the darkest ones are the hardest to see.