We've moved on from arguments over "4k" to arguments about "color science". This is a good thing.

The irony of a RED-Panavision love child will not be lost to observers of the digital cinema wars. But the collaborative and modular nature of the camera is also a sign of things to come, while book-ending some old arguments about Digital Images and the Filmmakers who Love Them. The conversation about digital imaging is finally graduating to topics like dynamic range, colorimetry, and even environmental impact.

But in the early days, it was very narrowly focused on spatial resolution:

a brief history of spatial res:

“Digital Must Be At Least 4k”

Google Images came up empty for me, but I can recall Kodak ads starting to pop up in American Cinematographer in the late 1990s to drive this point home: digital would have to be at least 4k to even approach the quality of 35mm film.

It may seem odd that Eastman Kodak would have felt the need to assume a defensive posture that long ago. But recall that it was Kodak who pioneered technologies like the Bayer filter, Cineon, and the DPX file format. They of all parties had a good idea of what was coming, even if they were unsuccessful at re-orienting their business.

(By the way, this is no cause to gloat: you try running a company with a $30 billion market cap and a century of history and culture. Kodak’s story is classic Innovator’s Dilemma stuff, and fodder for closer analysis another time.)

Several historical events conspired to propel us from mere digital “intermediates” to full-bore, all-digital, file-based pipelines. Those events included the industry’s second great flirtation with 3D, a SAG strike, and a tsunami.

But while that was happening, the argument over mere pixel count started to shade into subtler nerd fights over the nature of camera RAW and how exactly all of that information is processed in order to become RGB frames.

I have zero interest in re-litigating the arguments touched off by Panavision VP John Galt’s 2007 Creative COW article. But he raised many strong points, and I credit him for elevating the conversation. 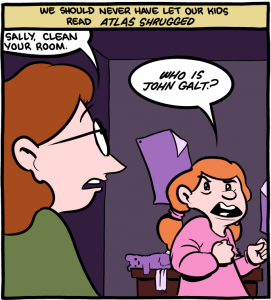 SMBC Comics
We are also legally required to make this joke at least once every time we reference that Creative COW “4k” piece.

In The RED Camera Was Not A Disruptive Innovation, I walk through classic Disruption Theory and apply it to the film production space. One key point to emerge is just how disruptive RED’s engineering decisions were on the sensor side. Disruptive enough to warrant industrial-grade levels of shade from Panavision’s corner. Hence the surprise at watching Panavision license key technology from an industry frenemy—a fascinating bookend to this particular chapter. It shows, among other things, just how far spatial resolution concerns have retreated into the background.

Need to re-emphasize here: Panavision just released a camera that records R3D files. This is end times stuff. Dogs and cats living together.

Legendary cinematographer Roger Deakins caused a bit of a stir when he essentially declared that 4k be damned, 2k is good enough, you guys. These comments came on the heels of his shooting 2012’s Skyfall on the ARRI Alexa camera.

It was Light Iron CEO Michael Cioni who first pointed out to me that once you get through the whole interpos/interneg process — and pace those old ads in American Cinematographer —  your 35mm release prints are lucky to resolve to something in the neighborhood of 1k – 1.5k.

So Deakins was right, of course: 2k spatial resolution is plenty, assuming that a 35mm film print is your gold standard.

Digital cinema allows us to move beyond many limitations of the photochemical medium: more pixels! more colors! more brightness! (And although we’re still just learning how to use these new vectors creatively, we will get there.)

This brings us back to the new Panny DXL camera. The dialogue around its announcement has illuminated several things:

First, spatial resolution has almost completely disappeared as a topic of interest. Perhaps we’re simply near the top of the sigmoid curve in the megapixel arms race.

Second, we’re finally treating digital cinema as a medium unto itself, and not an exercise in recapitulating its photochemical predecessors. We’ve moved past squabbles about spatial resolution and on to far more interesting squabbles about dynamic range and colorimetry.

(It’s true that “my/our/their/new color science” is not a great choice of words, and it’s historically been used to Blind You With Science. Caveat Emptor. But it’s also true that there is no single correct way to process a RAW image. Yes, there is room for innovation here.)

But third and most significantly, the DXL announcement signals another shift from the World Of Atoms into the World Of Bits. I cannot overstate how important this is.

Other technology sectors have long experienced this phenomenon: hardware (World Of Atoms) becomes increasingly modularized and commoditized, while software (World Of Bits) emerges as the true differentiator. After all, it was Microsoft Windows, not Dell, that dominated the PC era. And it is Google’s services and Google’s mobile OS, running on third-party hardware from the likes of Samsung or Xiaomi, who are dominating the mobile era now.

Once an industry reaches the point where software starts “eating” it, innovation starts to grow exponentially. (I strongly recommend reading Venkat Rao by way of introduction to this topic.)

So Panavision’s decision to outsource sensor technology (hardware) while leaning on colorimetry (software) as their major differentiator is a much bigger deal than it may seem at first.

In fact, it’s not too difficult to imagine a future in which certain companies lock parts of the hardware supply chain—think Intel, which dominated microprocessors for so long—while the real winners are the companies that make the best software. “Every Company Is A Software Company” is already a trope in most places. But we have yet to learn this lesson in the film industry. Maybe Cioni & Co. are starting to figure this out.

Of course, what we really need is for camera makers to drop the “proprietary” part, open-source their colorimetry, make it available in public GitHub repositories, and let the filmmaking community start happily forking the code.

That, more than anything, would pour some rocket fuel on innovation in digital cinema production.

Why Film has not been Disrupted (Yet), Part 5

235 SharesShare106Tweet53Share73Buffer3PocketAfter roughly one decade of...