Film technologists so far have focused on disrupting production technology. That's a start, but it won't be enough.

This entry is part 2 in a series examining why the film industry has resisted disruption so far:

2. Film technologists are focusing on all the wrong areas.

This makes sense: production where the action is. On my first-ever set gig, I wanted to be as close to that action as possible. So I ingratiated myself to the all-German film crew by wearing the same soccer T-shirt to set for 3 or 4 days in a row. By week two, I’d graduated from Location Intern to Camera PA. 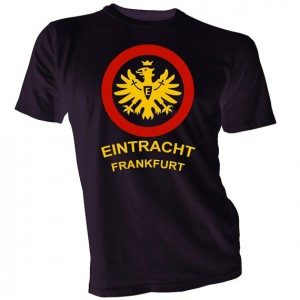 At that point I also put on a fresh shirt.

Production tech is also where many of the most challenging problems lie. Things like image compression, camera colorimetry, and HDR color space encoding are still very much live, difficult, and interesting fields. You can build careers there.

But—as I never tire of pointing out—15 years of disrupting production technology has also failed to make any significant changes to the film business itself. Final Cut Pro didn’t disrupt film, it disrupted NLEs. The DVX-100 didn’t disrupt film, it started the disruption of cameras. And LED lighting panels may be disruptive if you’re an electrician, but they have not unseated any major studios so far.

(And I would include “the 8th studio” in that statement as well. There may be plenty of indie film capital in the world, your access to it depends on many factors with little bearing on the merit of your film project itself.)

But those of us who live and breathe production tech keep losing this plot. We confuse our little pieces of the supply chain with the end product itself.

One frequent response I’ve heard to the first entry in this series is: “Film hasn’t been disrupted? Tell that to the VFX industry.”

But this happens to precisely illustrate my point. The film VFX industry is widely seen as beleaguered and exploited by an effective monopsony. (The studio system, taken as a whole, being the sole buyer in the market.) This reality underscores the premise that technology innovation notwithstanding, the film industry’s underlying power structures have so far not been shaken.

To that end, technologists need to look up from their foxholes and start thinking about other pieces in the value chain. As we do so, we should be cribbing from the playbooks of disruptors in other fields. This is exactly what Netflix and Amazon have done. (I’ll get to them but for now, I’ll simply state that I consider them Film 1.5 companies, not Film 2.0.)

But there is some movement in this area. Slated, The Black List, and Seed & Spark are re-thinking the idea of development in the connected age. And the distribution space is a crowded and noisy one, with Vimeo’s acquisition of VHX just one of the latest examples.

As long as we stay focused on tricking out our gear, no matter how fun and exciting that may be, we’ll be doing nothing to change the underlying economics of visual storytelling. It’s time for film technologists to aim higher.

Why Film has not been Disrupted Yet, Part 1

Film technologists so far have focused on disrupting production technology. That's a...