It goes by many nicknames: jitter, judder, flicker, flutter, shimmer, stutter, ringing, pulsing, strobing. Here's how to tame it.

Making end titles can be the bane of your existence. For starters, there are the endless revisions: 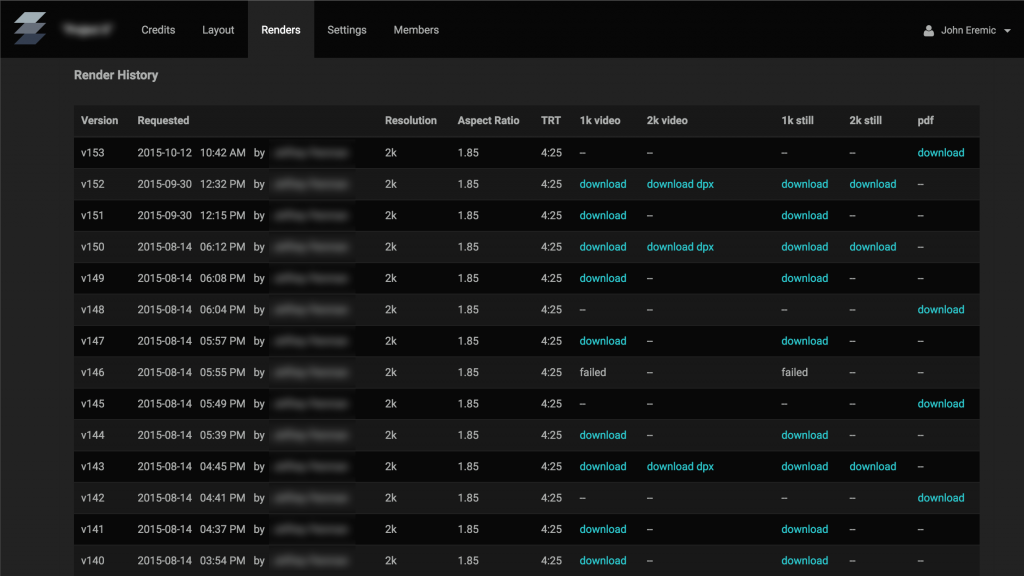 “We swear, we’re only going to render our ‘Final’ once!”

But those troublesome motion artifacts are even worse. They go by many nicknames: jitter, judder, flicker, flutter, shimmer, stutter, ringing, pulsing, strobing. Taming them can seem like a dark art. Luckily, it’s not.

It comes down to two things. We call them jitter and stutter.

Jitter is caused by sub-pixel motion. This means that the number of pixels your credits travel each frame is not a round integer like 3.00, but a decimal like 3.18752.

Sub-pixel motion is accomplished by subtly shifting the pattern of grey (actually, semi-transparent) pixels at the edges of each glyph. Changing those grey pixels frame-to-frame results in temporal aliasing. That’s what makes your end titles jitter.

That shifting pattern usually has a phase—it repeats itself every n number of frames. This yields the typical “pulsing” or “strobing” effect.

How did it sneak into my workflow?

Resizing happens when your DI workflow is based off a non-standard raster. For example, we’ve previously written about 2048×1152 being a bad idea. And here’s why: if your end titles were originally moving at 3 pixels per frame, the “1152p” workflow is guaranteeing a scroll speed of 2.8125 pixels per frame in all of your masters. Which, as a reminder, is going to look like this:

Even if your post team swears up and down that that your titles are not being resized, be cautious: HD monitors and 2k D-Cinema projectors still have a maximum vertical resolution of 1080 lines. So if you’re not resizing in the timeline itself, it’s still possible that your titles are being scaled in the signal path to the display. The results are the same.

We’ve even seen theaters that run everything through a scaler in the projection booth. This is bad kung fu.

How To Fix It

The scroll feels herky-jerky. Stepping through the video frame-by-frame, everything looks fine. But at real time playback it seems to be bouncing along instead of flowing smoothly.

Several factors are things are conspiring against us here:

How can I fix it?

2. Make better use of horizontal space. End titles usually waste a lot of space. Using more columns and doubling up blocks where possible will reduce your end titles’ vertical size and allow you to scroll slower.

3. Reduce contrast. End titles are generally delivered at 100% white, but in a dark theater, absent any other elements, even 60-70% grey will still read as white. And it can make a world of difference.

A word on motion blur: don’t do it. It’s great for certain VFX renders:

But since both typography and star fields consist of small points of light set against a black screen, motion blur isn’t very useful unless you want this: 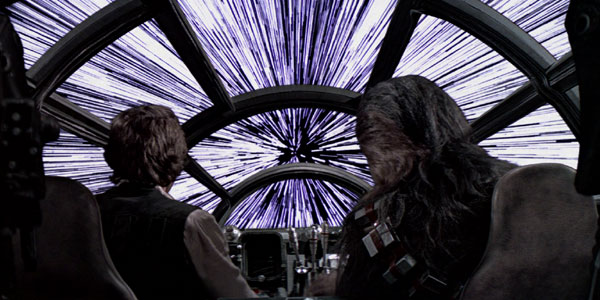 Motion blur is not always the answer.

A word on computer screens. Some TVs and pro monitors support refresh rates that are multiples of 24 — like 96 or 120. But your computer screen refreshes at 60Hz. That does not divide evenly into 24 or 25. Different video frameworks, like QuickTime, will try to compensate for this in various ways, but you will never see a perfect representation of a 24p scroll on a computer screen. Them’s the breaks.

Juggling these factors can be difficult, especially while trying to hit a specific TRT and banging through endless rounds of revisions. It’s why we built Endcrawl—which handles the motion issue in a unique way, and connects everything to an unlimited, on-demand cloud render engine.

If you prefer to roll your own end titles, we hope this information is useful. But if you have a film in production or post, and would like to take Endcrawl for a spin, we’d love to set you up.

Want to watch the credits on Netflix? Here’s how.

What Doug Trumbull taught me about End Titles

77 SharesShare51Tweet24Share2BufferPocketMaking end titles can be the bane of your...